Una Mae Carlisle (26.12.1915 – 7.11.1956) was “discovered” by Fats Waller when she was seventeen. He heard her entertaining in Cincinatti, where she used to be a live and radio performer and he invited her to play on his radio show at WLW radio station. 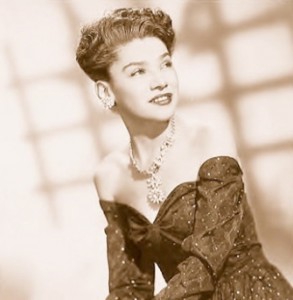 She was very influenced by him and her boogie woogie/stride piano style was similar to his. She also took over the inclusion of comedy elements in her sets, like Waller used to do.

In 1936, Una Mae left the US to tour Europe. She spent the next three years mostly in London and Paris to perform and record. She became highly successful in England, Germany and France.

Back in the US, she continued her collaborations with Fats Waller, providing the vocal on the 1939 recording of “I Can't Give You Anything but Love.”.

In the early 1940s, she started to make recordings under her own name for Bluebird with top sidemen such as Lester Young, Benny Carter, and John Kirby.

After her contract with Bluebird expired, she started a long relationship with producer and manager Joe Davis, an early associate of Fats Waller.

John knew how to make use of her talent as a successful songwriter and organized sessions for her with excellent musicians, such as trumpet and violin player Ray Nance, who just left Duke Ellington's orchestra, Budd Johnson on tenor sax and drummer Shadow Wilson.

John Davis also published sheet music of her compositions and took them into session he produced by other artists. Cab Calloway and Peggy Lee were among the artist who covered her songs.

In the late 1940s, Una Mae had her own radio and television programs. Her final recordings were for Columbia records in the early 1950's, featuring Don Redman.

“Oh I'm Evil” is my favourite song performed by Una Mae Carlisle. It's a fantastic tune to dance or just to listen to! 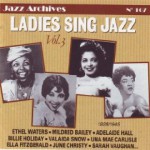 What do you think about “Oh I'm Evil”? Let us know in the comment section below!