That's easy and I don't have to think about it:

In my eyes, there is no other band out there right now which brings such an energy onto the dance floor right from the start of the concert like Gordon Webster and his band (in different formations: Gordon Webster 7, Gordon Webster Sextet, feat. Naomi Uyama, feat. Steven Mitchell).

I have seen Gordon several times at different events and different locations and it's always like that!

No idea, how they do it.

At the end of the night, the dancers get crazy and the band gets crazy. The energy and the inspiration is going back and forth like a ping-pong game.

If you haven't seen them live, you're missing out on something.

And if you don't have his CDs, you're missing out on something again.

Posts about Gordon Webster on this blog

And don't forget to check out Gordon Webster's website.

Another one of these “favorite something” questions… argh 🙂

I love to social dance and sometimes you have these magical moments with a person. Everything matches, it's the perfect communication.

In these moments, that person is your absolute favorite partner and you wish it would never stop!

But the reality is different. Another time, when you dance with the same person, the dances may be still great, but the magic is gone.

Would you still call this person your favorite partner? Probably not anymore.

My dancing is changing all the time, and (hopefully) evolving. Also my mood at events is not always the same. Even my confidence about my dancing is alternating. Therefore, also my favorite partners are changing.

When I think about that last paragraph, then I think this applies manly to people I don't know very much.

Because there is another group of favorite partners: they are all more or less close friends to me. With them, it's not only about dancing levels and perfectly matching dances, it's also about the relationship I have with them and feeling comfortable to spend time with them!

>> Next Friday: #4 Your favorite live band

Let's jump into the second week.

Week #2: Your Favorite Place To Dance

Usually, I don't like it that much to choose a favorite something.

Especially in the swing scene, there are so many different and distinctive things going on, that it's really hard to decide on one.

But this one here is easy.

My favorite place to dance is

This place is unique.

This place is magic.

This is a place you have to have visited at least once in your swing dance career. Otherwise, you have missed something.

My first time at Herräng Dance Camp was in 2000 and I have been there many times since then. It changed a lot, it got bigger and more professional but it didn't loose its character.

Too bad, that I couldn't make it this year. But I will be back next year!

>> Next Friday: #3 A description of your favorite dance partner

Week #1: What Got You Started In Lindy Hop 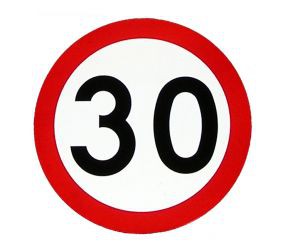 It was somewhen in 1995, when I saw a dance show in my hometown. A group of four dancers (I think) showed a Charleston and a Lindy Hop number. Maybe more, I don't remember the details to be honest. But I remember the atmosphere. It was magic!

I always liked Charleston moves, the energy of Lindy Hop (without knowing, that this dance was called like that) and the fashion of the swing era.

At that time, I took ballroom and other dance classes at the local dance school and we were a clan of a few people spending a lot of time together.

One day, we watched “Swing Kids” and again I was impressed by the dancing.

I had to learn those dances.

So, in 1997, I attended the Swiss Lindy Hop Weekend. I had never danced Lindy Hop before but of course, I didn't register for the lowest level. Hey, I'm a dancer ;).

Man, that was hard when we had to do some warm up dances and I had no idea about swing out, bounce and whatsoever. Somehow, I dealt with the situation and it worked quite okay (at least in my point of view…).

After the weekend, I didn't dance Lindy Hop at all. And one year later, I did exactly the same thing again and attended that event. But still, I didn't keep on dancing Lindy afterwards.

One year later, the same dance school offered Lindy Hop classes for beginners and that was my chance to learn the dance from scratch.

That's why, I always indicate 1999 as my starting year.


> Next Friday: #2 Your favorite place to dance

@chrisbe_ you should join the #30dayswingchallenge 🙂

That was Katie Sewell‘s tweet after we got connected on Twitter. I haven't heard about the “30 Day Lindy Hop Challenge” before, so I checked it out:

The idea behind the challenge is to write every day about a topic related to Lindy Hop for the next 30 days.

Well, I have decided to join the challenge, but I will do a little twist. I won't write every day but every Friday from now on for the next 30 weeks! How about that?

Here are the topics:

You see, you will learn a lot about me, my thoughts and ideas about Lindy Hop and Swing dancing in general.

Are you curious? I am!

Stay tuned! We will start next Friday.