This gem was introduced to me by Kyle Smith while his Music Madness at this year's The Experiment.

Frankie “Tram” Trumbauer (30.05.1901 – 11.06.1956) was a leading saxophonist (mainly C-melody saxophone, and alto saxophone) and one of the major bandleaders during the 1920s and 1930s. He is regarded as grandfather of modern jazz and influenced many following jazz musicians. Lester Young was one of them.

After playing in different dance orchestras he became a member of Jean Goldkette's Orchestra of which he eventually became the musical director. In the late 1920s, he cut some of the definitive records of the era with cornetist Bix Beiderbecke and guitarist Eddie Lang, such as Singin' the Blues (Song of the Week #37).

Both, Trumbauer and Beiderbecke, joined afterwards Adrian Rollini's Orchestra and then Paul Whiteman's Orchestra. In 1932, Trumbauer left Whiteman to form his own Orchestra, before returning in 1933 for another four years.

During 1934-1936, Trumbauer made a series of recordings often including Jack Teagarden. When he left Whiteman in 1936, he led the Three T's, featuring the Teagarden brothers.

Trumbauer was also a highly skilled pilot. In 1940, he left the music business and during World War II, he was a test pilot. He still played music but it was not his main occupation anymore.

That is interesting:
When I was looking for a good quality version of Troubled, I've found it on a Glenn Miller album. I couldn't find any other sources about this recording session with Miller, though. 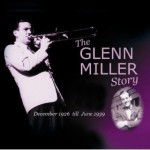 Click the link to prelisten and/or buy the song (mp3/mp4a) at
iTunes EU — iTunes US — Amazon.de (CH/D/A) — Amazon.com
eMusic*

Would this also be one of your favourite songs? Let us know in the comment section below!

Dear Balboa dancer, here is another song for you: Savage Serenade, in a version recorded in 1933 by Adrian Rollini and his Orchestra.

Adrian Francis Rollini (28.06.1903-15.05.1956) was a talented multi-instrumentalist, he played piano and xylophone as a youth. Later he played bass saxophone (some say he was the greatest bass saxophonist of all time), he was one of the first jazz vibraphonists and he introduced the “goofus” in jazz.

Rollini was an important member of the California Ramblers, one of the most recorded bands in the 1920s. He formed two sub-groups: The Little Ramblers (from 1924)  and the Goofus Five (1926-1927). During this time he developed his distinctive style of bass saxophone playing.

He also recorded with Red Nichols, Frankie Trumbauer, Bix Beiderbecke and Joe Venuti. From 1933-1940 he worked in the studios, leading many recording sessions under different names.

While he also had the talent to assemble great musicians like for example Benny Goodman, Jack Teagarden and Bunny Berigan, who became afterwards the hottest names in jazz, the result of most of these recordings is quite unoriginal, compared to older recordings.

One exception is for sure Savage Serenade! 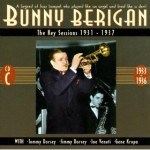