Let's Do The Hop 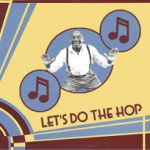