“Some Of These Days” was originally composed and written in 1910 by Shelton Brooks but it is associated with Sophie Tucker, because it became her signature song.

It has been recorded by many other artists and it is also very popular among contemporary bands playing in the New Orleans tradition.

As a regular reader of this series you know, that I like swing songs played with uncommon instruments, here it's a harp, played by Mario “Harp” Lorenzi. I got introduced to this Song of the Week by Mitya Kuznetsov – a great swing DJ from Moscow! – at The Snowball ten days ago.

In 1926, Lorenzi was invited by Jay Whidden, a popular bandleader in the UK, to play with his band. Lorenzi mainly played alto sax or clarinet with the band, but his harp could first be heard on record on “I Don’t Want Nobody But You” recorded on October 12th 1926, one of the earliest appearances of a harp on a dance band recording. [source: Jay Whidden – A Lifetime In Music – link is dead]

Unfortunately, I couldn't find much more information about Mario Lorenzi!

Some Of These Days by Mario “Harp” Lorenzi on YouTube

Lyrics Some Of These Days:

I feel so lonely, Just for you only
For you know honey, you've had your way!
And when you leave me, I know twill grieve me
You'll miss your little baby
Yes, some of these days 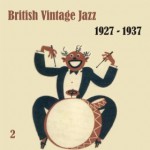 I totally dig this tune! What about you? Let us know in the comment section below!