After a series of mid-tempo songs ideal for Lindy Hop dancing, I have the strong desire to feature a tune for Balboa dancers this week ;-).

Let's have a look back to a great exponent of European swing. 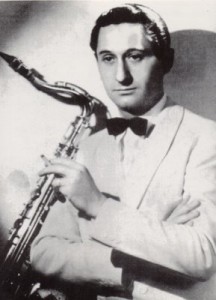 Interesting fact: at first, he was a professional drummer from 1928-1931, before he switched to tenor saxophone.

During the 1930s, he was one of the driving forces in development of European jazz. Combelle made many recordings with Django Reinhardt and the Quintette Du Hot Club De France.

In 1937-1938, he visited the U.S. two times. During one of these visits, he was offered a job by Tommy Dorsey, but Combelle decided to stay and work in Paris.

Read a detailed biography at allmusic.com.