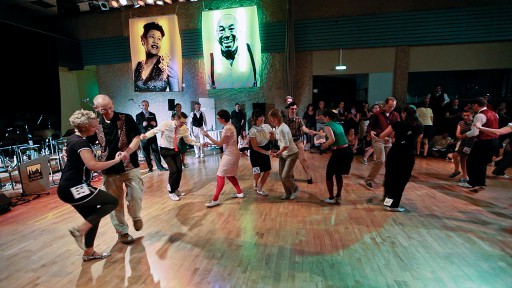 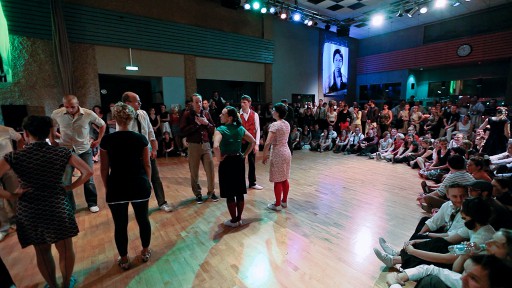 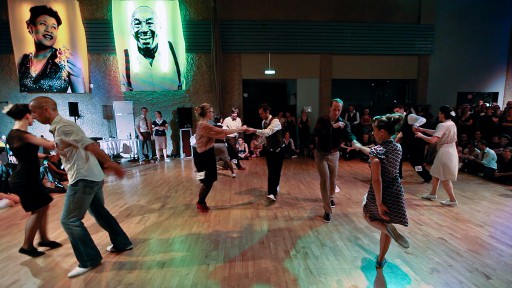 Have you ever wondered how Swing dance competitions are scored?

Here is the answer. In this post I would like to explain you a widely accepted scoring system in the Swing dance world called Relative Placement.

What is Relative Placement

Relative Placement is a scoring system which provides a fair method to value each judge's subjective vote.  It makes sure that every judge has an equal vote on the end result, no judge has more power than the other one.

Consequently, one high or low judge is disregarded and favoritism or bias from a judge is avoided.

How does Relative Placement work

A minimum of five judges are required. Also possible are six, seven, eight or nine.

In the preliminary and semi-final round an even or odd number of judges may be used: five, six, seven, eight or nine. In Jack & Jill competitions, one half of the judges may judge leaders, the other half followers.

A final round of a competition must be judged by an odd number of judges: at least five, recommended seven, preferred nine.

In the preliminary round and if needed in the semi-finals, the competitors (single, couple or group) are not ranked in a specific order, a call-back system is used instead.

The judges select competitors for the next round (basically yes or no) and determine alternates.

The scorer (which in most cases is the head judge) transforms the selections in ordinals: 1 for the selected competitors, 2 for alternates and 3 for the unselected. According to the total number of received 1s, 2s and 3s the competitors get ranked.

The head judge determines how many competitors are promoted for the next round. There are two possibilities:

In the finals all the competitors (usually couple or group) get placed by the judges by defining a rank: 1st place, 2nd place, 3rd place, etc. while duplicate placements are not allowed.

In this example, the result is clear through all competitors. The majority of votes with five judges is three.

In this example we have a more complicated situation. The majority of votes is still three.

If you are interested in the complete rules, then check out Relative Placement Scoring System Rules – Compiled by Gary Kuhn. From the same website I have taken the two example cases.