Although this tune was used several times for Lindy Hop performances (see an example below), I'm considering Rigamarole a typical Balboa song.

I have the feeling, that we don't hear this song that often anymore on the dancefloor, maybe because it's overplayed. However, as a Balboa dancer you should know this song, and as a Swing DJ you should own it. 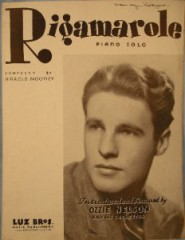 Rigamarole was composed by Harald “Hal” Mooney and first recorded by Ozzie Nelson & His Orchestra on January 23, 1935.

The more popular and slightly slower version is by Willie Bryant & His Orchestra, recorded only a few months later in the same year.

If you wanna learn more about Willie Bryant, check out Song of the Week #77 where you can find a short biography.

By the way, since English is not my mother tongue, I was wondering what rigamarole (also: rigmarole) means. I found this definition:

Did you know that? 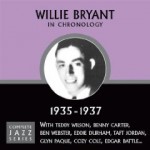