The Festival Balboa On The Promenade (BOTP) and the Frenchie Balboa Festival (FBF) are the most important and most popular Balboa workshop weekends in Europe.

Interestingly both festivals are happening in France: BOTP in Mandelieu/Cannes (in May) and FBF in Toulouse (in December). 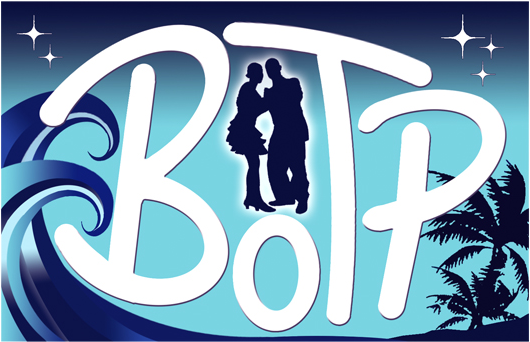 Last weekend (5-8 May), the 2011 edition of the Festival Balboa On The Promenade was happening and it was my second participation after 2009. I had a blast and I would like to share my impressions of the weekend with you.

Welcome, check in and opening party from 21-2h at Pierre & Vacances Residence. I enjoyed this evening because I met many dancing friends I haven't seen for a long time again.

Sometimes I need a certain time to get into the Balboa mood but this time it was pretty easy with so many great dancers! 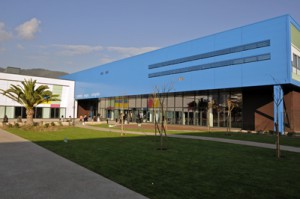 The workshop didn't begin before afternoon, that was a comfortable start into the weekend. There were three lessons, a regular one for the appropriate level and two styling lessons.

Apparently, the teaching concept to separate leads and follows was already used last year and I really liked it. It was great fun and I've got five new variations for my Balboa vocabulary. Awesome!

The party started at 20.30h at the Congress Exhibition Center CEC. On the program were the contest prelims in four different categories: Jack & Jill Amateur and Open as well as Classic (= Strictly) Amateur and Open.

I was competing in the Jack & Jill Open category. Of course I was remembering all the moves I could dance after the prelims, I'm sure you know this phenomenon.

Right after the contests, a gypsy swing band was playing followed by different DJs till 3h.

Two classes in the morning, starting at 10h and two in the afternoon starting at 13.30h. Of course, I would rather start later in the morning, I love to social dance and I'm usually staying until the very end of each party, how long it ever lasts… but I know, there are many things to think of as an event organizer.

Parallel to the normal classes for the different levels, there was an offer of classes for teachers. I attended two of them in the afternoon: “how to teach creativity” and “old time vs. new time balboa”. I enjoyed them and I've got some inspiration for my own teaching activities. I hope the organizers will keep these extra classes in the program.

The next party with the contest finals in all categories, a dance show, which was really entertaining. However, it took a lot of time until the big band and therewith the social dancing could start eventually. It was somewhen before midnight, but the party lasted again until 3h.

Like on Saturday, two classes in the morning, starting at 10h and one last class in the afternoon at 14h after a photo session, followed by the traditional open air dancing until 17h.

The final party was happening again at Pierre & Vacances Residence. I love the final parties, everybody is tired and relaxed, no classes anymore to attend or to teach, no competitions, just social dancing. It was a great evening and I was dancing almost all night until the end at 2h. It was so hot in this room and the floor was much stickier than on Thursday, but I didn't care, it was an amazing night. 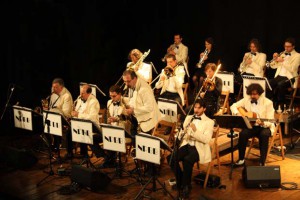 I'm a music geek, that's why I've decided to write an own chapter about the music at Balboa On The Promenade. You might know that I have strong opinions about music at swing events. So I wanna be completely honest: in my eyes, the music was average, I give three out of five stars for the music at BOTP.

The music was in general too slow. I understand that there are a lot of beginners and they also want to be able to dance. Therefore slower music from time to time is okay, but not all night.

On Friday night the gypsy swing quartet Histoire De Swing was playing. Unfortunately, the music was not very well mixed and the sound was dull. Technically they played very well but anyway, the music became boring, because almost every tune sounded like the other. This is actually not only my opinion, many dancers said the same thing. After the band, Dmitry from Moscow was spinning and he was my favorite DJ at this event. He had a good feeling for the dance floor and the music what was needed. Great job!

Live: Nine Pennies Big Band from Italy, a great band, BUT a Lindy Hop band. Sorry guys, I really liked the music but I always wanted to dance Lindy instead of Balboa. The best DJ part was from 2-3h, what a shame that we didn't here more traditional balboa tunes.

The best evening DJ-wise. A lot of Charleston and New Orleans music, though, which was totally okay!

This post became much longer than I expected but there were so many things to write about. If you've never been to Balboa On The Promenade, then you should come next year. I'll be there for sure!

Last year's edition of the Swiss Balboa Weekend in Zürich was a great success and there were a lot of international dancers at the workshop and the parties. Thus it seems logical that Natascha Podraza and Ulla Wingenfelder will be organizing another Swiss Balboa Weekend this year. It will happen from Friday 2nd to Sunday 4th September 2011.

The registration is now open! Don't miss the early bird prices until 14th June 2011. Check out the website Swiss Balboa Weekend for further informations, available in German and English.