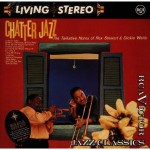 Sometimes, it's really difficult to explain in words why I like a certain song so much. Rexatious is one of them. Nevertheless, I'll try it anyway.

It must be the rhythm section! This steady ongoing beat “boom-ta-boom-ta” by the drums and then the bass, first only on 1 and 3 and after the break at ca. 0:40 on every beat, is like a heart beat going through that song.

Of course, this is always the sense of the rhythm section but here it sounds differently! I don't want forget the other instruments in this song, but this rhythm is just magic!

The star here is actually cornetist Rex Stewart (22.02.1907 – 07.09.1967). He joined Duke Ellington‘s band in 1934 and stayed for eleven years, before he left to lead his own combos. Many songs were arranged by Ellington to showcase Rex Stewart's half-valve effects, muted sounds and talkative style.

From 1947-1951 he toured Europe and Australia with Jazz at the Philharmonic, organized by Norman Granz. After that he became a farmer in New Jersey. Then he moved to Boston to work at local radio and television, and to lead part-time a band.

In 1957 and 1958, Stewart led the Fletcher Henderson reunion band and recorded with them.

Especially noteworthy is the fact, that Rex Stewart became a jazz critic and publisher of many high regarded reviews. A collection of these reviews is Jazz Masters of the 30s

. The book was published after his death and is still available.

You find this song on many Duke Ellington (small group) compilations. Ellington was part of the recording, however it was recorded under the name Rex Stewart & His 52nd Street Stompers! 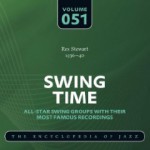