This week's song is a very popular tune among swing dancers, equally for social dancing and performances.

The Chicago based group consisted of William Marshall on drums & vibraphone, James Marshall on piano, Johnny “Happy” Green on guitar – he was also group leader & musical director – and Melvin “Chappie” Chapman on bass.

All four of them sang. William Marshall was the lead singer and some of their records feature Marshall as solo vocalist.

Between 1939 and 1945, The Four Clefs recorded for the Bluebird label.

Technically, The Four Clefs are rhythm & blues artists, but what they played was a sort of mélange of entertainment styles; William Marshall's solo singing was influenced by Bing Crosby, the group's singing is close-voiced in the style of the Ink Spots, and the instrumentals are lightly swinging and uncomplicated.

Quite often, the group is mistakenly called “The Four Chefs”.

A fun clip by DJ Rug Cutter on YouTube

To be honest, I never liked the song very much. That's probably, because it was played all over again and again when I started Lindy Hopping more than ten years ago.

In the meantime I can at least admit, that it's a good song.

Jump Blues or simply Jump was very popular in the late 1940s and early 1950s. It's an uptempo blues and usually played by smaller combos. With the swing revival in the 1980s and 1990s, also Jump Blues received a boost.

Lindy Hoppers love Jump Blues and the related Rhythm and Blues (the early one) because it's still swinging. 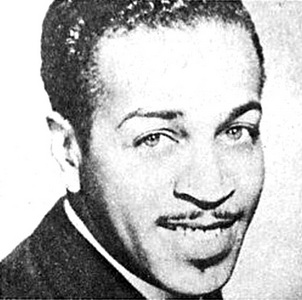 Also known as “Mr. Blues”, he was a dancer, drummer and “blues shouter“, a singer who could shout to be heard over the drums and instruments of the band (especially at times where there were no microphones).

In 1944, Harris was performing in Chicago at the Rhumboogie Club when Lucky Millinder, the black bandleader of one of the best rhythm and blues orchestras that existed, hired him as the new singer.

In the same year, Harris recorded with Millinder's band two sides for Decca. One was “Who Threw the Whiskey in the Well“. The release date was delayed and when the record finally was issued in mid-1945 and became a hit, Harris was long gone from the band.

Harris' debut on record under his own name was in July of 1945. In 1948 he landed a major hit with “Good Rockin' Tonight” and from then, he stayed for four years in the R&B charts with 15 top ten hits in total.

In 1952, his series of successful recordings stopped. The taste of the consumers had changed and it was time for Rock ‘n' Roll. Interestingly, Wynonie Harris made significant contributions to the evolution of Rock ‘n' Roll, with his music, his style and his performances. Elvis Presley was greatly influenced by Harris.

Keep On Churnin' (Till The Butter Comes)

This was not a number one hit, but it's a good song for Lindy Hoppers a typical tune with Wynonie Harris' trademark voice.

Do you love to dance to Jump Blues & Rhythm and Blues? Share your thoughts in the comment section below!


On one side we have Lucius Venable “Lucky” Millinder (Aug. 8, 1910 – Sept. 28, 1966). He couldn't read or write music notes, couldn't play an instrument, rarely sang, but he had a great music taste, was a genuine showman and a very successful bandleader. His orchestra was one of the best rhythm and blues big band, that existed.

On the other side there is Sister Rosetta Tharpe (March 20, 1915 – Oct. 9, 1973) who was a gospel singer, songwriter and guitarist. With a unique mixture of spiritual lyrics and jazz and blues music, she was very popular – and controversial – in the 1930s and 1940s. In 1938, Tharbe recorded four songs (all instant hits) for Decca, backed by Lucky Millinder and his orchestra. Tharbe became one of the first commercially successful gospel singer in the U.S.

Tharpe had signed a contract with Millinder for seven years and in 1941 they recorded the great rhythm and blues hit “Shout, Sister, Shout!” 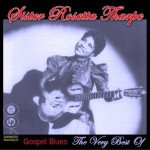