Tuba Skinny from New Orleans are very productive, at least recording wise. Every year since 2009, they are releasing a new album.

We don't learn that much about the fourth album 😉

They recorded the album in October 2011 and April 2012 in the Holy Cross, New Orleans with the help of Cassidy Holden. “Squeeze Me” (Track 14) was recorded live at the Spotted Cat.

When you listen to this album, then you feel put back in time. That's how it must have sounded many decades ago in New Orleans. Good to know that there are still bands cultivating the traditional New Orleans sound!

One of my favorite tunes from “Rag Band” is “Russian Rag”. I like the harmony and the breaks. And I'm a big fan of Erika Lewis' authentic vocals! Not an easy song for dancers, though.


I posted this yesterday on my Facebook Page – and many other Facebook users as well – and it's so incredibly awesome that I have to continue the unoffical Friday series and post this short clip (only 28 seconds) again.

Unfortunately, there is no information about the creator (Adam from Canada?).

Stop motion (also known as stop action) is an animation technique to make a physically manipulated object appear to move on its own. The object is moved in small increments between individually photographed frames, creating the illusion of movement when the series of frames is played as a continuous sequence.
Source: Wikipedia (follow link to read the full article!)

This is the clip from the Jump Session Show in Seattle, WA in 2007 with the original choreography by Max & Annie.

In 1926 Smeck appeared in one of the first music videos ever made: Don Juan, starring John Barrymore, released by Warner Bros.

Smeck was the inventor of the Vita-Uke and other stringed instruments, marketed by the Harmony Company.

He made more than 500 records and if this is not enough, Smeck was the author of many instruction books for all the instruments he was playing.

Some of them are still available as for instance “4400 Guitar Chords” or “Ukulele Method for Chord and Melody Playing“.

Ain't She Sweet was published in 1927. It became a Tin Pan Alley standard and it is a typical song of the Roaring Twenties. Here is a wonderful version with an unusual sound: ukulele pure – no additional instruments! 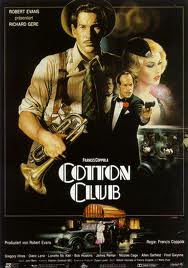 Description by the organizer:

Recently, Patrick & Natasha from Montréal released a 14-sequence instructional video set in HD quality to learn the Big Apple Routine. Here is the full routine with counts. Check out their YouTube channel to find all the videos.